This blog post is part of the When agile fails series. This time I’d like to share my experiences of sticking to a traditional organisation hierarchy and misinterpreted team member roles. 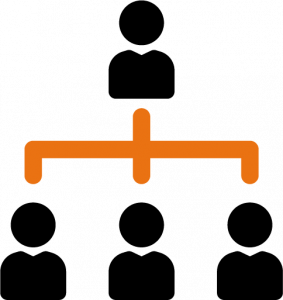 I don’t believe in the concept of truly and completely horizontal organisations. However, I belive in only a few to no levels of middle management. When using an agile methodology in a team, hierarchy should no longer exist. SCRUM aims for this flat organisation structure, as every member is equally important. Thus roles like the SCRUM master or product owner are part of the team, and on the same horizontal level with the developers. The roles are not about authority, but more about the scope and mindset.

Said that, giving people titles and labels that imply authority should be avoided. There’s no more lead developer, team leader or chief architect. It’s all about the team, the collective, the common goal, which is achieved together without any form of hierarchy. The team should be self-organising and knowledge is shared on a horizontal level.

At first, a lot of agile teams have problems with this concept. They try to be agile, while sticking to the traditional hierarchy. That doesn’t work. While authority roles such as a team leader or lead architect were important in the past, the same lead titles will now harm the team spirit. 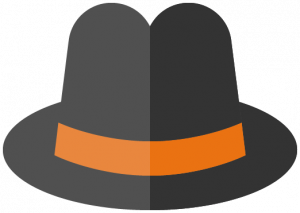 Giving different people in a team different roles is not essentially an agile thing. Though, misinterpreting those roles in the agile world can be huge and disastrous.

If we talk SCRUM, then we all know the terms SCRUM master and product owner. Honestly, I don’t really care about role names. Don’t get me wrong, I’m not against names per se. I just don’t care if you call someone a SCRUM master, SCRUM leader or simply Karen. I also don’t explicitly care for the role itself, because it’s just a label.

However, I care about the mindsets! As mentioned before, the mindsets are the most important thingy in an agile team. People can’t simply be tagged with a label and from there on they’re working under that label. People need to have a special mindset, and based on that mindset their role falls into place. For the sake of simplicity, SCRUM gives those mindsets names, such as SCRUM master and product owner. It’s that way around, not vice versa.

A lot of the time I see teams focusing on labels such as SCRUM master or product owner. They’re so focused on those labels, they forget about the required mindset. Some teams also assume the transition from waterfall to agile is straight-forward and 1:1, so they simply rename their project leader to SCRUM master and the team leader is now called product owner. It might work for some teams, but most of the time it just doesn’t work, because guess what: Yes exactly, the right mindset is missing!

Verdict:
Choose your SCRUM master and product owner wisely by focusing on mindsets instead of labels!

Icons made by Freepik from www.flaticon.com and customised by confirm IT solutions.